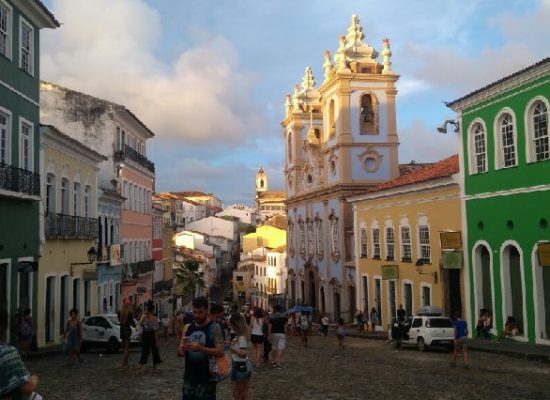 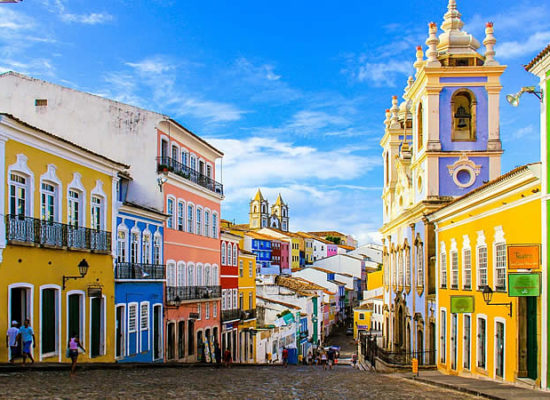 Pelourinho, popularly called Pelô, is a neighborhood in the city of Salvador. It is located in the Historic Center of the city, in an area that covers only the streets that go from Terreiro de Jesus to Largo do Pelourinho, which has a preserved Brazilian Baroque colonial architectural complex and part of the United Nations Historical Heritage for the Education, Science and Culture.

Bordering on the north with Pilar, Santo Antônio and Barbalho, on the south with Sé e Saúde, on the west with Comércio and on the east with Sete Portas, Pelourinho is made up of narrow, cobbled streets with cobbled pavements. Located in the heart of the historic city center, it offers numerous shopping options, in addition to artistic attractions. There is a concentration of bars, restaurants, boutiques, museums, theaters, churches and other monuments of great historical value. Now, it’s a revived and colorful Pelourinho, full of cultural activities and events, especially Pelourinho at night. There are also the practices of the Olodum group, every Sunday and Tuesday. The Filhos de Ghandi also have practices there in the months leading up to the carnival. In Pelourinho, are headquarters of several organizations, such as Casa de Jorge Amado, Gay Group of Bahia and Institute of Artistic and Cultural Heritage